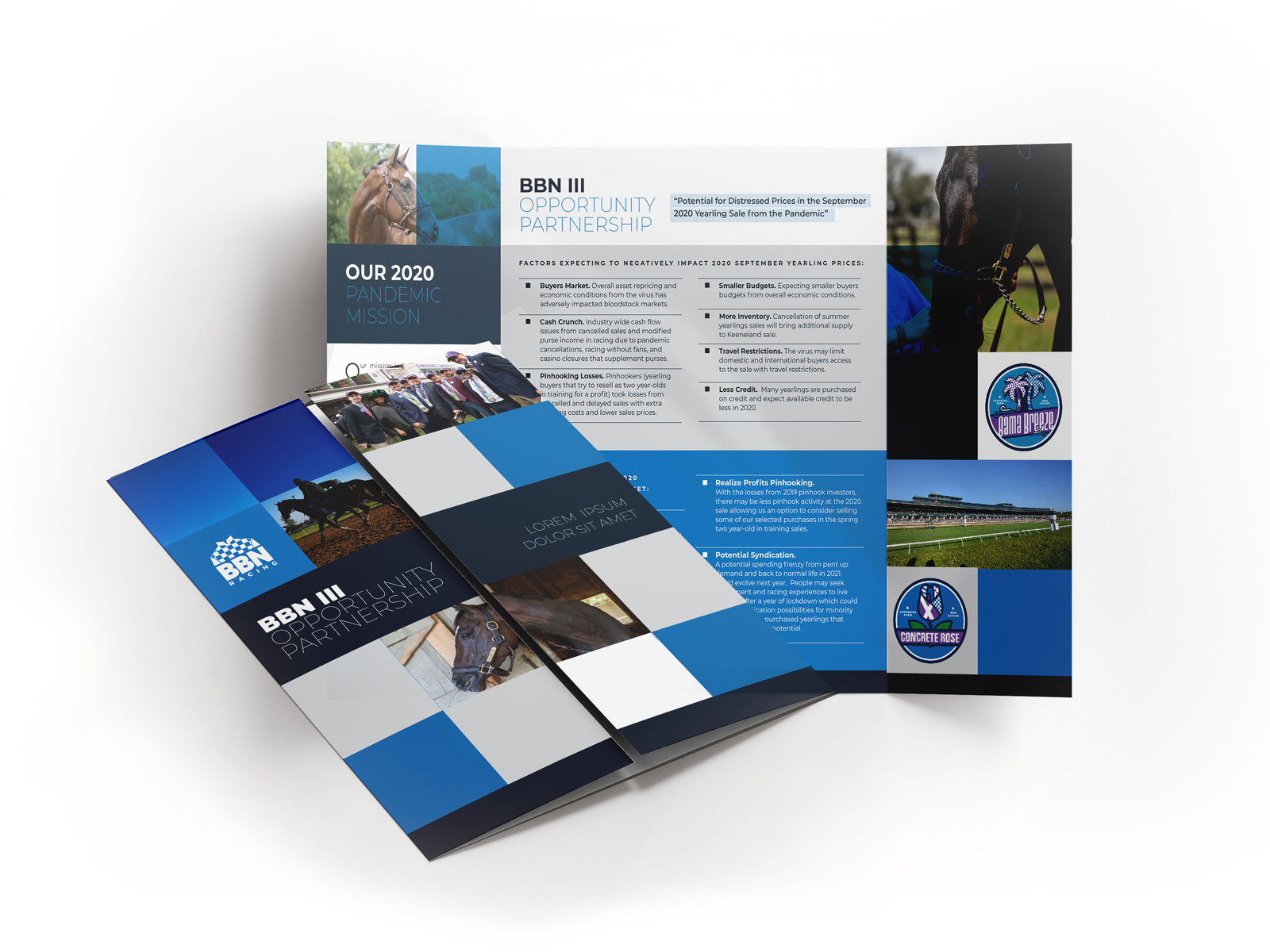 “Our Pandemic Mission is to create excitement, passionate competition, and dreams

during these difficult times while finding value in distressed prices!”

Watch more about us with our video story.  Click Here. 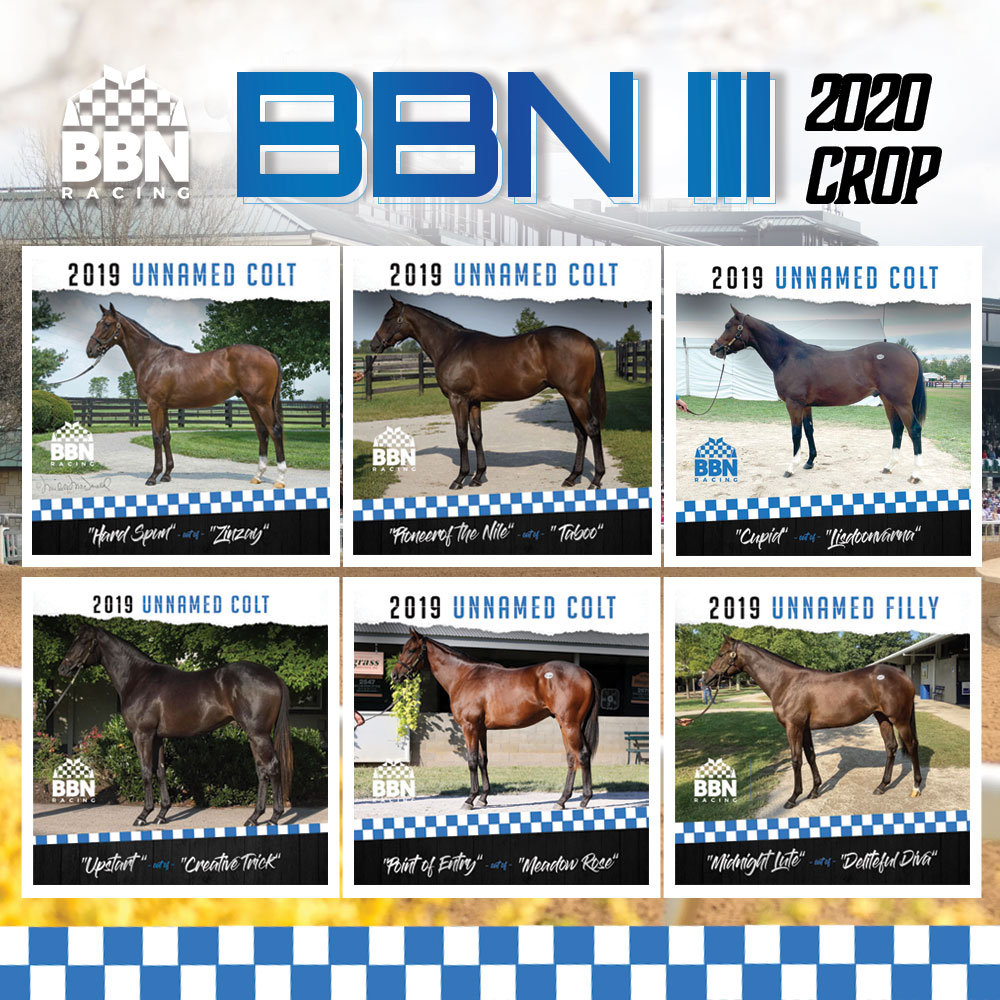 This is a really strong athletic filly that stands over a lot of ground.   She is fairly correct and moves really well.  She is closely related to one of the best ever race mares in Midnight Bisou who has earned over $7 Million to date.   Not only do they share the same sire, but our filly is out of her 1/2 sister.   This spring Midnight Bisou ran a close second to Maximum Security in the inaugural $20M Saudi Cup.  It is a tremendous opportunity to have a filly so closely related.  We are really excited about this filly due to her athletic appeal and residual broodmare value.   We do not believe we could have secured this type of filly at this price in normal market conditions.

We have a saying in the horse business about really great moving horses “they move like a cat”.  It’s a body movement of pure agility and a spring in their walk, but a light step.  This colt has all of that.  Remember, all we get to do is see these yearlings stand and walk and we try to gauge their athletic ability from that.  This is a beautiful colt and a true athlete.  When we got him back to the farm and turned him in our in the field, he took off running and was just as good a mover and just as agile as we thought he’d be.  He was gliding, twisting, turning at high speed all while very much in control of his action.  He is strong and well balanced.  I’m excited to hear what he looks like under saddle.

The sky is the limit with the physical build and pedigree of this horse.  His sire Pioneerof The Nile is the sire of triple crown winner American Pharoah and had a stud fee of $110,000 before dying in 2019 of a sudden heart attack at age of 12.   Pionnerof The Nile has also sired 4 champions and his offspring have won over $42,000,000 in combined purses.   Taboo, the dam on this horse, has produced 5 winners which include some very impressive runners.

This horse was purchased at 7:30pm at the end of the session.  We do believe that many of the prominent buyers for this type of horse had completed their buying for that book and day.   Our initial estimates had him selling as high as $600,000 and be out of reach for us.  We truly believed he slipped through the cracks and may be have been the steal of the day.

This colt has got some leg under him and is very nicely balanced.  He will be a horse that should develop nicely with training and should excel on turf, most likely with longer distances.  His dam, Zinzay, was a talented runner that was 2nd in the Jessamine Stakes and trained by Rusty Arnold.  His half brother, Moon over Miami, just won the $750,000 Dueling Grounds Derby at Kentucky Downs beating Bama Breeze.   His sire, Hard Spun, stands for $40,000 and produced both dirt and turf runners including Wicked Strong (stallion & $2 million winner and Spun to Run (BC Dirt Mile winner).  For a $100,000 purchase price, we believe we secured this prospect at a great price.

A powerfully built colt with loads of muscle.  He’s got some engine (hind quarters) on him and also moves very nicely.  He could be one of our more early horses, time will tell.  He checked all the boxes of the elite athlete that we seek at the yearling sales.  His dam is a sibling to 3 stakes winners.  Upstart, his sire, has his first crop of two-year old runners this year at the track and is off to a great start with the second most wins of first crop sires.  We believe Upstart’s popularity and produce will continue to trend upward making this the sleeper of the sale.

This colt is an eye catching, well balanced, formula one athlete. He was a stand out horse in the book that exudes athleticism and class. We were ecstatic to be able purchase him at this price point.  His sire, Point of Entry, is a five time turf grade I winner and has produced 4 crops of racing age that have earned over $10 million.  His offspring have been both dirt and turf runners.  Coupled with his Ghostzapper dam Meadow Rose, he looks like he could be long or short on the dirt or turf.  His dam is a half brother to current runner Stubbins (earner of $500k+) and full brother to Golden Rifle ($292k earnings).

This is a very flashy, attractive colt. He has a huge hip and plenty of muscle.  He is also a balanced, correct colt and has a good athletic walk. His sire, Cupid, is a son of Tapit and a Grade I winning millionaire.  Cupid’s first crop of two year-olds run in 2021.  His second dam (grandmother) is a 1/2 sister to Pionnerof The Nile.  He was bought post-sale at what we believe was a fantastic price. 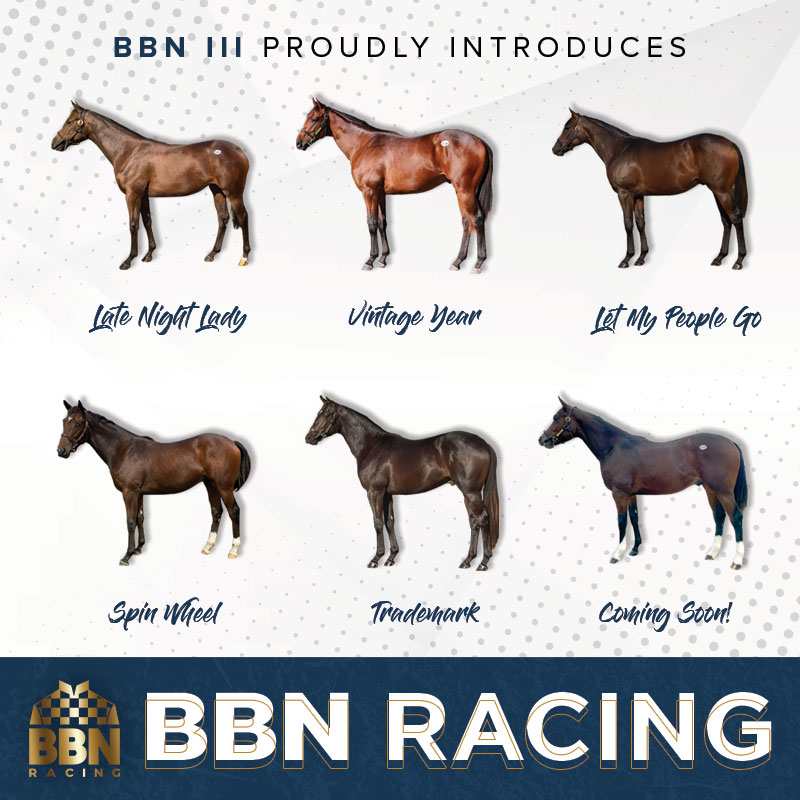