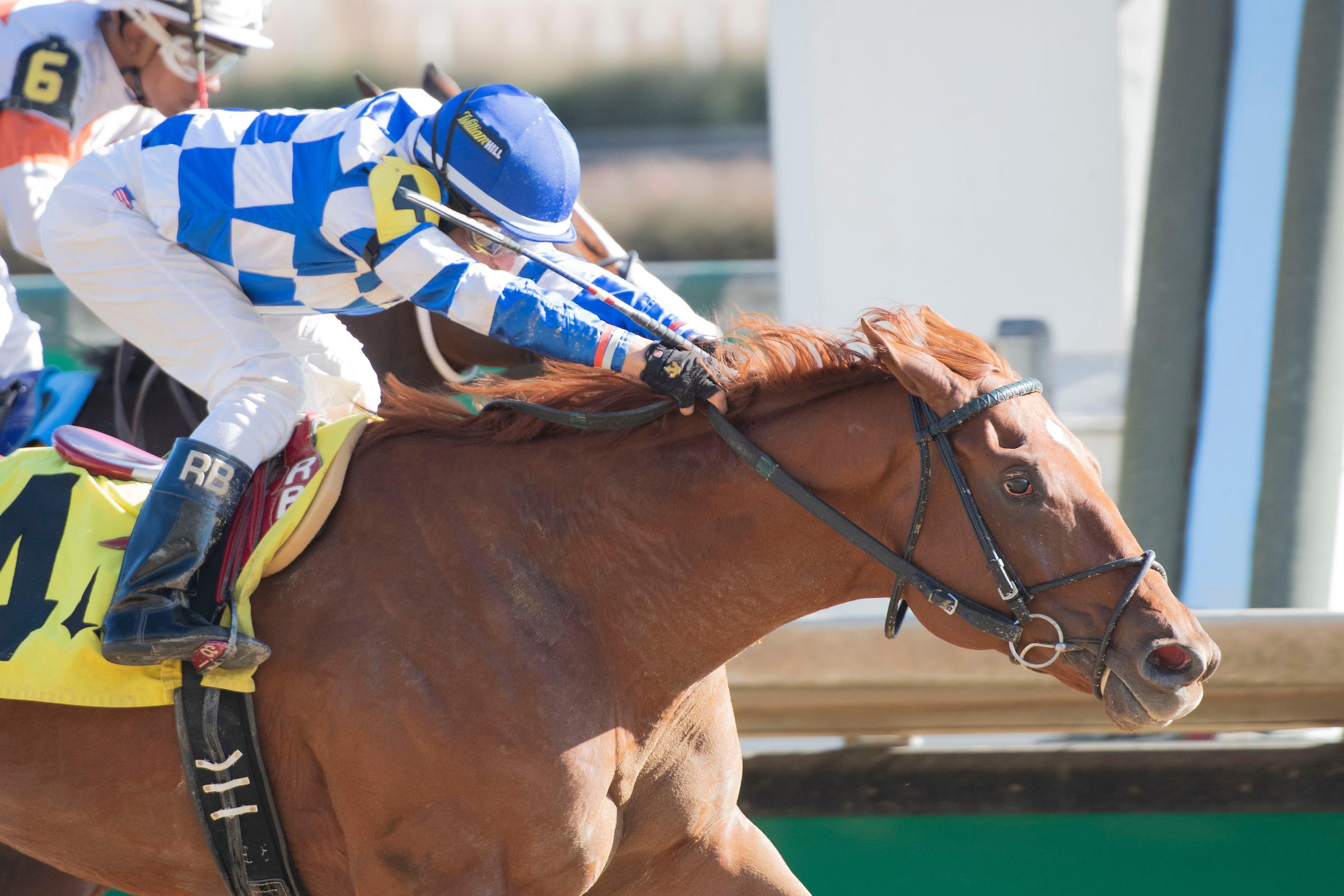 Oliver is the trainer of Hidden Stash, one of the live contenders Saturday in the Tampa Bay Derby at Tampa Bay Downs. A late-closing third in the Sam F. Davis here Feb. 6 after winning back-to-back races in Kentucky to end his 2-year-old season, Hidden Stash stands to improve enough to enter the Derby discussion with a big finish in the 1 1/16-mile Tampa Bay Derby.

Or so Oliver is hoping.

“We believe he’s good enough for the Derby,” Oliver said from her winter base at Payson Park on Tuesday, shortly after Hidden Stash had his final pre-race breeze when going a half-mile in 49 seconds.

Hidden Stash was part of a capacity field of 12 3-year-olds when entries were drawn Wednesday for the Grade 2, $350,000 Tampa Bay Derby, one of three 50-20-10-5 points qualifiers for the Kentucky Derby on Saturday, along with the Gotham at Aqueduct and the San Felipe at Santa Anita. Candy Man Rocket, the Sam Davis winner, is the 2-1 morning-line favorite for the Tampa Derby, with Hidden Stash the second choice at about 5-1, according to track oddsmaker Tommy Creel.

Oliver is the daughter of the iconic owner-breeder G. Watts Humphrey Jr. of Harrodsburg, Ky., and as such, her 23-year training career has paralleled the philosophy long ago adopted by her father, who is her main client. Humphrey, like many top breeders, sends his most valuable colts to market while keeping most of his fillies for future considerations. In fact, all six of Oliver’s graded stakes wins have come with fillies or mares, so “it’s pretty exciting to have a nice colt like him,” she said.

Hidden Stash, a chestnut colt by the red-hot Constitution, was a $50,000 yearling purchase at the 2019 Keeneland September yearling sales for Big Blue Nation Racing LLC. Big Blue Nation is more generically known as the worldwide fan base of University of Kentucky sports, and that fandom is a common thread within BBN Racing, a partnership pieced together a few years ago by Brian Klatsky and Brendan O’Brien. After two sprints, Hidden Stash won a Keeneland maiden race and a Churchill Downs allowance, both at 1 1/16 miles. He was beaten just 1 1/4 lengths by Candy Man Rocket in the 1 1/16-mile Davis.

“We think more distance will be his thing,” Oliver said. “We really thought about going in the Louisiana Derby,” a 1 3/16-mile race on March 20 at Fair Grounds, “but that’d be a one-and-done because you’d pretty much have to go straight into the Derby,” which will be run May 1 at Churchill. “So we thought if we don’t get enough points at Tampa, we can always run once more back home in the Blue Grass” on April 3 at Keeneland.

For the record, 17 women trainers have run horses in the Kentucky Derby, with Carla Gaines (12th with Bolo in 2015) being the most recent. The best finish was by Casual Lies, the 1992 runner-up for Shelley Riley.

Hello Hot Rod, sold at auction since winning the Jan. 31 Jimmy Winkfield at Aqueduct, was not entered after recently suffering “a little setback,” said Shawn Davis, who now trains the Maryland-bred colt.

The Tampa Derby is one of five stakes on a 12-race Saturday card. The others are the Florida Oaks, Hillsborough, Challenger, and Columbia.

Even after a heavy downpour Wednesday morning, turf racing was still held as scheduled here later in the day. Dry conditions were expected to continue until Saturday, when a 90 percent chance of showers and high-60s temperatures are in the local forecast.

Tampa will admit as many as 2,500 fans Saturday with a $15 general admission. Pandemic-related protocols apply.