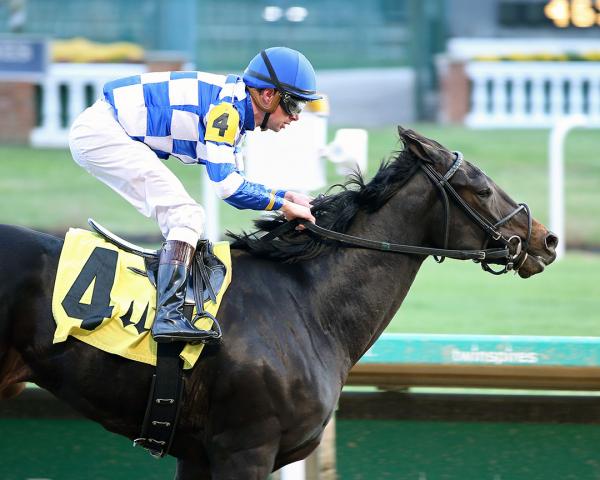 HALLANDALE BEACH, Fla. – They say that once you’ve run a horse in the Kentucky Derby, you want to do it every year. Vicki Oliver and Brian Klatsky wouldn’t disagree.

Oliver, now in her 24th year of training, and Klatsky – who with Brendan O’Brien and Braxton Lynch oversees the BBN Racing partnerships – are looking to go down the Derby trail again this year with a gelding named Trademark. In 2021, they were represented by the 14th-place finisher, Hidden Stash, in their first experience with a Derby runner.

Trademark, just like Hidden Stash, won a pair of two-turn dirt races on his home Kentucky circuit to end his 2-year-old season. Oliver, who winters at Payson Park some two hours north of Gulfstream Park, said she and the owners are excited about the potential Trademark has shown.

“We gave him a little break after he won at Churchill Downs,” said Oliver, referring to a three-length allowance victory going 1 1/16 miles on Nov. 27. “We’ve got that foundation under him now and have him back working again,” with his latest breeze coming Friday at Payson.

Oliver said the Sam F. Davis, a Derby points qualifier set for Feb. 12 at Tampa Bay Downs, will be the first start for Trademark at 3.

Klatsky said the BBN partners also have Derby hopes for Spin Wheel, a Hard Spun colt who also capped his 2021 campaign by winning Nov. 27 at Churchill in a 1 1/8-mile maiden race for trainer Rusty Arnold. Spin Wheel goes next in the Holy Bull on Feb. 5, also a points qualifier and the first major Derby prep of the winter at Gulfstream.

Coincidentally, Hidden Stash was scheduled to make his first start since the Derby when he returns Friday in a turf allowance at Tampa. The 4-year-old Constitution colt was sidelined in late June after undergoing surgery on a cannon bone.