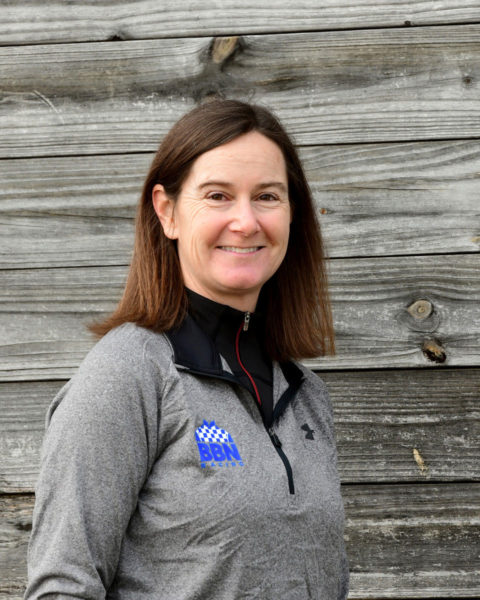 Braxton Lynch’s deep ties to the Thoroughbred industry in the Mid-Atlantic and her experience in Kentucky over the last 25 years coalesced in the launch of a new venture in 2018, a public partnership dubbed BBN Racing, with a mission of bringing together new or novice owners to participate at a high level of racing.

How is this for an introduction? Concrete Rose, less than a month after joining the BBN Racing roster, dominated a full field of 2-year-old fillies at Keeneland in the Jessamine Stakes-G2 Oct. 10, powering away to win by 3 lengths.

With the partners’ jubilant trip to the Keeneland winner’s circle and directors’ room also came a free invitation to the Breeders’ Cup Juvenile Fillies Turf-G1. Concrete Rose only finished eighth at Churchill Downs, but the experience of a graded stakes win at Keeneland and a free trip to the Breeders’ Cup figures to go a long way toward the long-term future of BBN Racing, which Lynch described as a sizable group of people, each buying into a low percentage of ownership. “We pooled our resources and told friends and friends told friends and we grew it into what I consider a large syn­dicate,” she said. “It’s based off a smaller
start-up investment and a low percentage  of ownership. Your initial capital is the only capital that will be asked for, so it pays all the training bills and all miscellaneous vet bills, all that. It’s putting some people together to have some fun. We’ve got quite a few from the south and some from New Jersey, New York, and Kentucky, so it’s a good mix.  “Most of our syndicate members are people who never owned a horse or maybe never even thought about owning a horse before, so they are pretty excited. If we can continue to make this one successful [BBN also owns four 2-year-olds and another 3-year-old of 2019], we would love to get some of the same syndicate members back in and expand it to people who want to join in and have some fun.”

The Pennsylvania horse communi­ty and Mid-Atlantic racing have been in Lynch’s family on both sides for many years. Her maternal grandparents, Harry and Jane Lunger, started Christiana Stables in Wilmington, Del., in the 1930s and maintained a high-class outfit for decades, culminating in the Hall of Fame career of Go for Wand while Jane (duPont) Lunger was overseeing the stable following the death of her husband in 1976.

Lynch grew up around horses and the many equestrian aspects of the region from a young age.  “We are up pony racing and doing all the hunt meets, showing and three-day eventing and fox hunting,” she said. “There was a whole bunch of us, the Fenwick kids, Blythe Miller, and we were all sort of doing that whole thing together.

“It was just a great foundation for learn­ing about horses where it really is just sec­ond nature when you’ve started at 3 years old. There is just so much built-in knowl­edge from those years that I was lucky enough to get. I also think my parents instilled a work ethic in me. We had a lot of things that a lot of people didn’t have, but for instance, when we had ponies, we were responsible for exercising them everyday. We had to go out there and muck stalls and do all that stuff.”

Lynch also spent time at Saratoga dur­ing the summers where she struck up a lifelong friendship with trainer Vicki Oliver, who today oversees BBN Racing 3-year-old Lake Nakuru. “We have been great friends all this time,” Oliver said. “Braxton is one of the most knowledge people around on pedi­grees and stallions and the all-around busi­ness of the breeding side of things. She works hard and is great with people and she is a natural at what she is doing now.”

Before graduating from Trinity College in Connecticut, Lynch considered getting into steeplechase racing until she had a key conversation with Robert Clay, owner at the time of Central Kentucky power-house Three Chimneys Farm, during her senior year that paved the way for her to explore different aspects of the flat racing game over the course of a year.  It was essentially a “Flying Start,” comparable to the Godolphin Flying Start apprenticeship program that Sheikh Mohammed bin Rashid al Maktoum initiated a few years later.

“I was very lucky,” Lynch said.  “With the help of my dad, Robert sort of laid out a map of what was available as far as the industry in Lexington: farms and racetracks and syndicates and insurance, working for a veterinarian, all the different avenues.  I set up an internship at four places: Keeneland, The Jockey Club, Three Chimneys, and the Breeders’ Cup.  I did a quarter-year at each of those and that was a fabulous crash course into what the options were.”

In 1994, the presence of Lynch at Keeneland at the sales desk, in the racing office, and, perhaps most of all, in a patrol stand next to the racetrack, raised some eyebrows, including that of Keeneland’s president at that time, Ted Bassett.  It is a recollection that she still kids Bassett about to this day.

“He yelled at someone, ‘Who is that woman out on the patrol stand?'” Lynch said with a laugh.  “[Racing Secretary] Howard Battle answered, ‘That’s Braxton Jones, Mr. Bassett, you hired her!’

Lynch’s uncle, Russell Jones, added: “She is as straightforward and honest of a person as you are going to find.  My brother sort of set her on a schedule of on-the-job training jobs and she saw every side of this business. Once she decided this was what she wanted to do, she wanted to get in this game, he said, Well, you need on-the-job training’ It worked. She is as grounded as you can be and she has some fairly memorable contacts in a lot of important places in the game. So when she picks up the phone, they know who it is calling.”

Lynch eventually decided to take a position at Three Chimneys and was tapped as sales director during a time when the farm was perennially among the top five consignors in the country. She worked there for 11 years.

“The best thing about working at Three Chimneys for me was that they had a great policy of honesty without hesitation,” Lynch said. “No matter what circumstance you were in, if you told the truth, they had your back, whether it was a client who had a complaint at a sale, someone who was questioning something on a horse, you would just tell them exactly what it was and that was all that needed to be said. That was just a great foundation for the way to be in this business.”

Lynch also met her husband, Damian, a co-worker at Three Chimneys, and they stepped away together to develop and operate Royal Oak Farm, a 70-stall nursery and sales prep facility in Paris, Ky. Among the star Royal Oak graduates is Union Rags, winner of the 2012 Belmont Stakes-G1 and now a popular young sire at Lane’s End. The Lynches boarded mares and raised Union Rags for breeder and fellow duPont family member Phyllis Wyeth, who died in January. “I bought some mares for her and we were lucky to enjoy the ride that Union Rags had, which was a huge amount of fun,” Lynch said. “We put together a syndicate with her to buy Union Rags weanlings and yearlings, again with a lot of people from Pennsylvania, and in conjunction with Lane’s End.”

One of those syndicate purchases by Union Rags was Big Bend, who won the Sycamore Stakes-G3 in 2017 at Keeneland in a precursor to what Lynch would expe-rience with her own venture in 2018 with Concrete Rose.

The opportunity arose after Concrete Rose scored an impressive debut win in August at Saratoga for Glenn “Bo” Bromagen’s Ashbrook Farm and trainer Rusty Arnold, with Lynch’s connections playing a key factor in what came next. “I have known Rusty for a very long time, so that was a big help,” she said. “Bo Bromagen is a bloodstock agent and we had already started to talk to Bo about helping us pick out some yearlings in September. They were getting some offers on the filly but they didn’t want to sell the whole horse. We came up with the idea of us buying 40 percent of Concrete Rose. We bought into Concrete Rose and a month later she won a Grade 2 and goes to the Breeders’ Cup. We were just so lucky the first go around, it’s like a dream come true.”