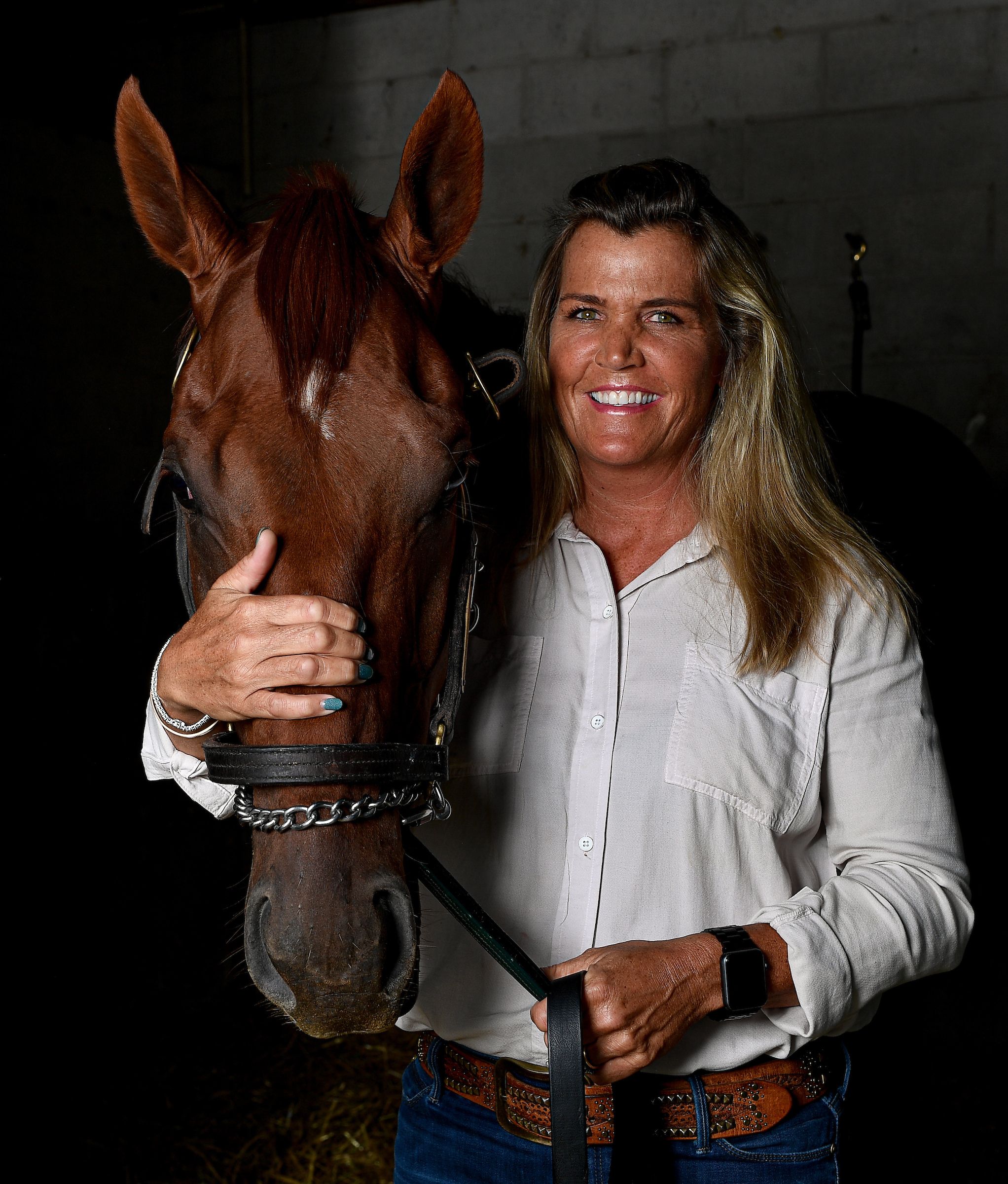 For the first time in six years, the Kentucky Derby race could feature a long shot horse trained by a female trainer.

Vicki Oliver, who has trained Hidden Stash on his road to the Kentucky Derby, is the lone female horse trainer in this year’s Run for the Roses and the first woman since Carla Gaines brought Bolo to the Derby back in 2015.

But the fact that she is a female trainer in a heavily male-dominated industry doesn’t mean much to Oliver.

“You’re just doing your job, whether I’m a man or a woman,” she said.

And Oliver isn’t alone in that line of thinking. Though horse racing may be male-dominated, the female trainers don’t feel like they’re an anomaly for the sport. They’re there to work just like the rest of their peers.

“I don’t think any of us want to highlight the fact that we’re female,” said Rachel Halden, a friend of Oliver’s who trains horses in the Canadian racing circuits. “We’re all as good as the horses that we train. Vicki’s probably one of the hardest working people on the backside that I know. She’s reaping the rewards of her hard work.”

Should Hidden Stash make it to the starting gate on race day, Oliver would become the 18th female trainer to saddle a horse for the event billed as the World Series of horse racing.

But for Oliver, making it to that day is still a great challenge in itself. Anything can happen before the big race and so many things, like the weather, are out of her control.

Horse training, she says, is not for the faint of heart.

“There’s a lot of unknown, but you do it for the love of the animal,” she said. “That’s why you’re here.”

For Oliver, the days leading up to the Kentucky Derby include a lot of “hurrying-up-and-waiting.”

Most of Hidden Stash’s pre-Derby workouts are geared towards maintaining lung and heart strength for the big race, so Oliver will run Hidden Stash in the mornings at a near-racing pace for set distances. But afterward, the thoroughbred goes back to the barn for food, rest and relaxation. Physically, there’s not a lot more that Hidden Stash and his trainer can do before the big race.

“We’ve done the hard work,” said Oliver, who’s been training racehorses since 1998, though Hidden Stash would be her first horse to qualify for the Kentucky Derby. “You just kind of keep the air in them and keep the fitness level up.”

Because her dreams of training a Kentucky Derby winner could be dashed if the horse gets sick, which Oliver was worried about when the weather fluctuated about 10 days out from the Derby when Churchill Downs was covered in a blanket of snow.

There’s also the concern that Hidden Stash could hurt himself in a way that takes him out of the race.

“It’s one of those things you have to take day by day,” Oliver said. “When you’re dealing with a live animal and the humans around them, you can have as many plans as you want, but the plans can change. You have to take each day as a different day.”

The unpredictability leading up to the Kentucky Derby onMay 1 could drive anyone to question their sanity. Years of planning and preparing can go away with one cold night or a small misstep in training. Oliver understands how people who don’t work around horses could question why someone would put themselves through that kind of stress.

But Hidden Stash doesn’t seem too bothered by unknowns.

“He’s a pretty laid back horse,” she said. “He doesn’t get worried about much. He’s not a difficult horse to be around. You wouldn’t even really know he’s in the barn. He takes everything in stride.”

Hidden Stash’s mellow nature certainly helps with the waiting game, but Oliver won’t fully exhale until after the Kentucky Derby. As the only female trainer in this year’s field, she would love to win it and cement her name in history as the first female trainer to have a Derby-winning horse. But her number one goal right now is keeping Hidden Stash happy and healthy.

“If you manage to get them there healthy, safe and sound, you feel like you’ve already won half the battle,” said Oliver.

But who’s watching out for her legacy? Oliver knows her presence at Churchill Downs for the fastest two minutes in sports could serve as inspiration for a number of future female horse trainers, and she is humbled by the notion she could be an example for others behind her.

“If there’s a young woman who wants to be a horse trainer, I hope I am a role model to someone,” she said. “I wouldn’t call myself one, but if someone aspires to do it, I think that would be great.”